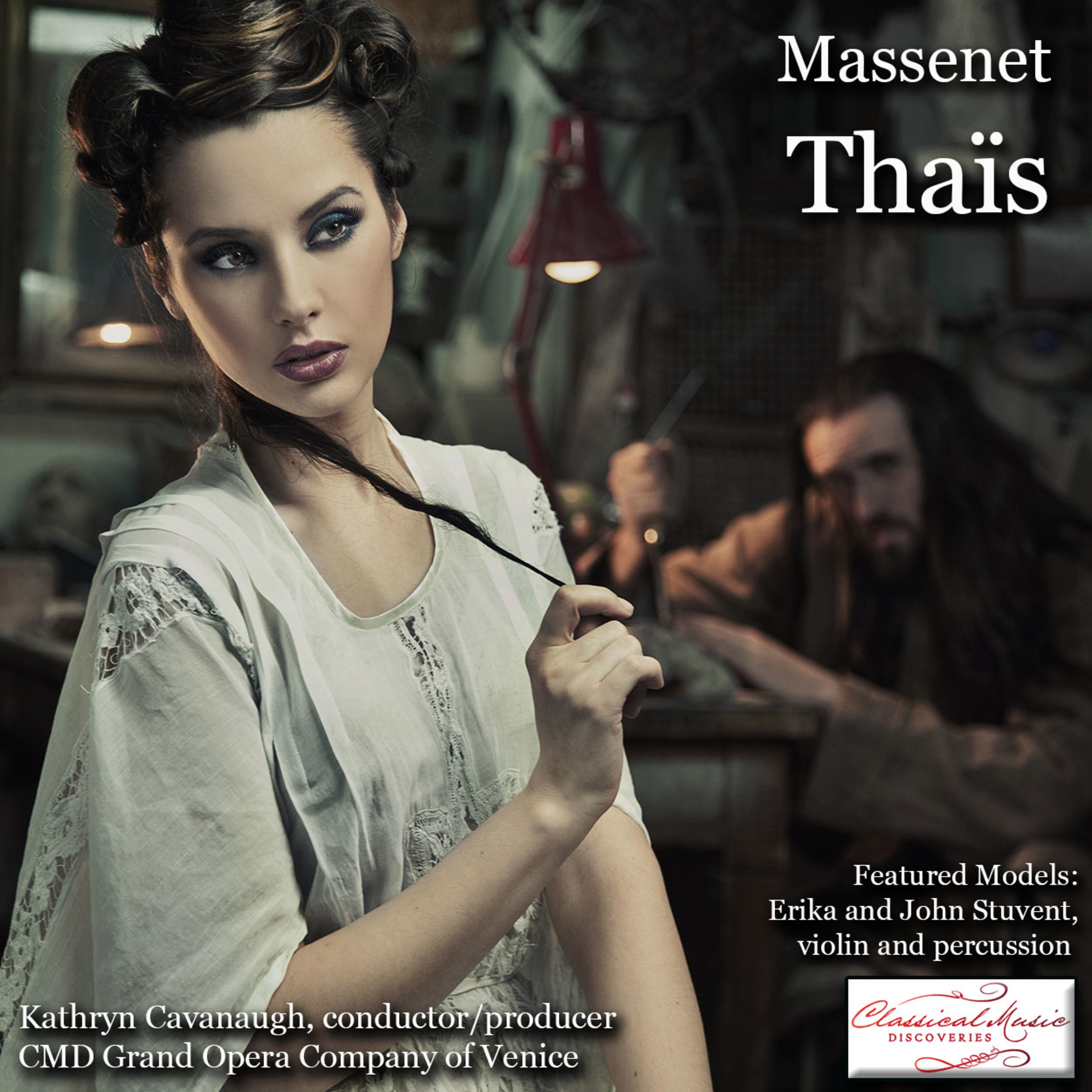 Thaïs is an opera, a comédie lyrique in three acts and seven tableaux, by Jules Massenet to a French libretto by Louis Gallet, based on the novel Thaïs by Anatole France. It was first performed at the Opéra Garnier in Paris on 16 March 1894, starring the American soprano Sibyl Sanderson, for whom Massenet had written the title role. The original production was directed by Alexandre Lapissida, with costumes designed by Charles Bianchini and sets by Marcel Jambon (act 1, scene 1; act 3) and Eugène Carpezat (act 1, scene 2; act 2). The opera was later revised by the composer and was premiered at the same opera house on 13 April 1898.
Purchase the music (without talk) at:
http://www.classicalsavings.com/store/p1354/Massenet%3A_Tha%C3%AFs.html
Your purchase helps to support our show!
Classical Music Discoveries is sponsored by La Musica International Chamber Music Festival and Uber.
@khedgecock
#ClassicalMusicDiscoveries
#KeepClassicalMusicAlive
#LaMusicaFestival
#CMDGrandOperaCompanyofVenice
#CMDParisPhilharmonicinOrléans
#CMDGermanOperaCompanyofBerlin
#CMDGrandOperaCompanyofBarcelonaSpain
#ClassicalMusicLivesOn
#Uber
Please consider supporting our show, thank you!
http://www.classicalsavings.com/donate.html
staff@classicalmusicdiscoveries.com

14d ago2w ago
Subscribe
Unsubscribe
Μηνιαία+
Barry first found music when he borrowed his sister's record collection when he was about eight and was hooked. When Caroline started it was a new beginning, and he listened to all the stations, but Caroline was his favourite by far. Later he became a singer in a band, then started doing discos when he was 18. He joined Caroline in 1977, touring the country with the Caroline Roadshow for 10 years, having great fun. Barry helped with tender trips and worked on the Ross Revenge in '84 and '85. ...
R
RA Podcast

8d ago1w ago
Subscribe
Unsubscribe
Εβδομαδιαία
The Too Much Rock podcast is a 30-minute journey through the weekly music acquisitions of its creator. It may feature power pop, indie rock, post punk, indie pop, or any other named or unnamed genre.
C
Coone - Global Dedication

5d ago5d ago
Subscribe
Unsubscribe
Εβδομαδιαία
The world’s best rock & metal podcast bringing you all the latest news, cutting edge opinions, honest reviews and laughs every Friday. 100% passion, 100% honesty, 100% of the time. Join us. @notmetalpod on Twitter & Instagram. Come join the discussion with a likeminded community of music fans on the That's Not Metal Facebook Focus Group www.facebook.com/groups/TNMFocus/.
I
Ignite Radio

6d ago6d ago
Subscribe
Unsubscribe
Εβδομαδιαία
Make sure you tune in every week to catch up to all latest tunes, remixes, bootlegs and more! More info: http://protocol-radio.com http://nickyromero.com
Ακούστε 500 + θέματα